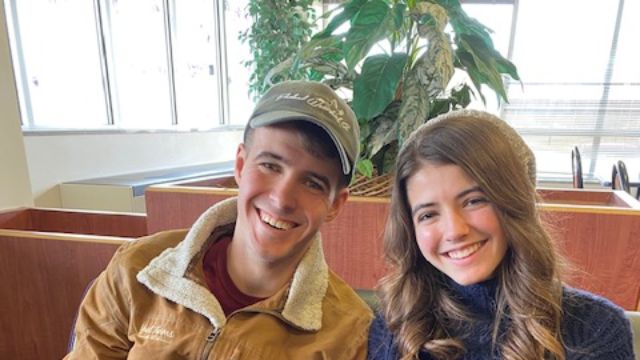 Giving Bibles at K-State has blown my mind the past four years!

I came to college not really sure how many students would want Bibles. God continues to amaze me at the hunger he placed in college students’ hearts. Many of the students I gave Bibles to still read them to this day and use them in their personal time with God.

One student saw me working on the Team Hally Bible study (during class…).  After class we chatted a bit and he said he didn’t have a Bible and had been wanting one. He also revealed that he struggled with anxiety and had just gone through a tough breakup. He wanted to find something more in life. The next class period, I brought him a Team Hally Bible and he thankfully received it. I told him to start reading in Mark, and if he ever wanted to meet, I would love to! The next class period I asked him if he had read the Bible and he said he had. He had started in Genesis and had lots of questions already. We have been talking before and after class each day, and I’m hoping to meet one-on-one with him soon. It’s so encouraging to see what God is doing here at KSU!

Pictured above are Parker and Macy Yust